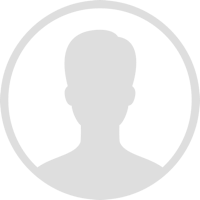 Recent observations indicate that our Universe is in an accelerated expansion phase. This is a property that Einstein’s general relativity could not explain. f(R) gravity theories try to explain this acceleration by enriching the geometry of the theory. Recently, a new theory is introduced in which the physical metric is invariant under conformal transformations.
Writing the Einstein-Hilbert action using this new metric leads to a conformally invariant theory. The resulting theory has an extra degree of freedom which behaves as an irrotational, geometrical dust; dubbed as mimetic dark matter. In this thesis we have considered the f(R) gravity theory in the mimetic dark matter scenario. By imposing the energy conditions one can constraint the parameter space of the theory. After reviewing the theory of general relativity and introducing the concept of conformal transformations, we will study the energy conditions of the mimetic f(R) gravity. We will see that, in order to have an accelerated expanding Universe, the strong energy condition should be violated. The equivalence of this theory with the Brans-Dicke theory is also studied in this thesis. We will study the energy conditions for three different cases of the function f(R) and constraint the parameter space of the theory using observational data.